GUEST COMMENT: Cr Simon Reid – Why I voted for a public vote on Maori Wards 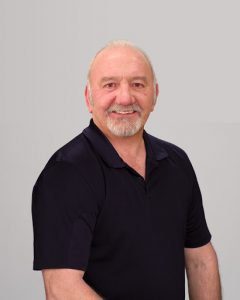 As an elected member of our District Council, I think it is best for me to concentrate my efforts in the direction that I feel will be, in the best interest of our district as a whole, and, do the greatest good for the most people that reside in our district.

Early on in this term of Council, it was decided to set up a committee, of 3 councillors and 3 Maori representatives. I was fortunate enough to be a part of that group. Our task was to find a way forward to integrate a Standing

Committee and bring that forward to Council. There was a massive amount of work that went into how we would achieve this. We were given 6 months to come up with the answers. To be fair the Iwi and Hapu did a fantastic job to hold all the meetings they did, and come back with a consensus, or as near as they could.

We have now got a standing committee that has 8 council and 8 Maori representatives on board. Meetings are scheduled monthly, one in chambers and the next is Marae based.

From my perspective, this is a great mechanism to integrate two cultures thinking into a common goal. Already we have a greater understanding between all the members. It is actually working very well, as we are all more aware of the aspirations and expectations of the other.

Personally, I think this is the way forward, it is non-confrontational, we have the benefit of sharing the knowledge and advice from WDC staff and, it is being accepted and backed by all. What better outcome. I think that in the next election we will have members of that committee better equipped to stand on the general roll and quite likely be voted onto council. Simply because they will have the background knowledge of how the Council works and be successful candidates.

During the debate leading up to the voting on Maori wards, we heard from a number of people, for and against. Some irony here for sure. It showed there is some very different thinking out there. From two of the speakers we heard a clear case of ‘be careful what you wish for’. One was not wanting Maori Wards, the other was warning about not taking a step to far and spoiling any gains we had already made, meaning the setting up of our standing committee. The case was clear enough, that if the vote went ahead for Maori Wards, and was challenged by poll, lost, we would be set back 6 years before it could be re-introduced. Had they waited, taken the referendum at the next election, it may well have been successful. And, we would be in a far better position as we would have 8 members of the standing committee ready to be full councillors.

That is the background to why I voted for a motion to put the Maori wards issue to a public vote. A number of the other councillors, including the chair of our standing committee, voted against the ward system.

As I stated at the start, the best interest and, the greatest good. That will be how I vote for the future.

Simon Reid is a councillor on the Whangarei District Council.