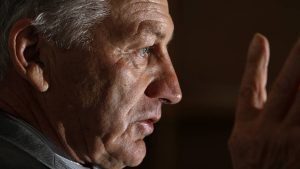 Recently our Whangarei District Council voted to set up Maori wards in the next election. I voted against this motion.

We, councillors, take an oath of office on the commencement of each three-year term of office and under the oath we maintain that we will follow the Local Government Act 2002 (and subsequence amendments). This act clearly sets out in Clause 81 Contributions to decision-making processes by Maori;

(a), establish and maintain processes to provide opportunity for Maori to contribute to the decision making processes of their local, authority; and

(b), consider ways in which it may foster the development of Maori capacity to contribute to the decision making processes of the local authority; and

(c), provide relevant information to Maori for the purposes of paragraph (a) and (b).

Since October 2019 our council worked hard to set up a Standing committee on Council  (the first in NZ to do so ) to uphold the 3 clauses above. Following Workshops, working parties. and meetings (through Covid)  this Standing committee was set up in September 2020. Called Te Karearea, this committee has eight councillor representatives and eight very capable Maori (Hapu elected) representatives. That is equal representation on Maori Issues, with a Term of Reference and thus allows for open and frank decisions, and has the powers to make recommendations to Council and its committees and has delegated powers to make decisions for Council on Maori related matters.

I co-chair this committee with a Maori Representative chairing the committees on Maraes. Last term I Co-chaired the Four Council (Auckland, Kaipara, Whangarei and NRC ) political side while engaging with Kaipara Uri and which was successful in obtaining $100m from Government for restoration work to better the water quality entering the Kaipara Harbour. We have proved we can undertake serious work in this space and take the people with us.

While 7/8  other councils voted the way of our council, (there are 78 Local authorities), our three other longest-serving members voted with me on this, and it is heartening that very experienced FNDC Mayor John Carter was able to lead his councillors in this sensible way and that is to include a referendum in with the voting papers in the next coming election, which I support.

I will not support knee-jerk reaction in decision making at this level, nor do I get swayed by the very emotional words advocates for change are using at present such as “emergency” (everything), “unprecedented times”, “winds of change”.  I do not support the likely $130,000 cost to our Council. For a cost of $10,000 we could have done similar to the FNDC and value the voting public. They must have a say on this.

WDC would have 3 Maori Wards based on population. Those elected to these wards are voted in only by those on the Maori roll, yet they get to vote on all issues of Council.