BRINGING DEMOCRACY TO OUR LOCAL COUNCILS

SCROLL DOWN TO LEARN MORE

BRINGING DEMOCRACY TO OUR LOCAL COUNCILS

In November 2020, three of the four local council’s in Northland decided to introduce Maori-only wards. They were the Northland Regional Council, the Whangarei District Council and the Kaipara District Council. They did so without consulting the community and when asked to do so they refused.

Democracy Northland was formed and initiated a petition under the powers granted under S19ZB of the Local Electoral Act. The petition stated:

“Pursuant to Section 19ZB of the Local Electoral Act 2001, we the undersigned electors…demand that the Council conduct a poll on whether the…Council be divided into one or more Māori wards/constituencies for the next two triennial elections, commencing 2022.”

Section 19ZB gave electors the right to demand a binding referendum if more than than 5% signed a petition to that effect. Those signatures had to be collected by 22 February 2021.

The NRC responded to our petition by writing to the Minister of Local Government requesting a moratorium be placed on the S19ZB petition right. In other words, they asked Parliament to remove the legal right of electors to demand a poll! Such is the arrogance of our anti-democractic local councillors.

Democracy Northland set about the task of collecting the signatures in December 2020 and had well exceeded that threshold by the end of January. 15,264 signatures were collected, representing 7.3% of voters in Northland and 8.3% in Whangarei and 8.8% in Kaipara. The signatures have been verified by the councils’ Electoral Officer.

However, the Minister of Local Government did intervene and under urgency, Parliament passed retrospective legislation to repeal S19ZB and therefore remove the binding nature of the petition. Removing the public right of veto has left the decision entirely in the hands of local councils. All three councils have refused to engage with the public and will now proceed to introduce race-based Maori only wards. The councils have refused to ask members of the public what they think and there has been no discussion about the pros and cons of doing so, which is what Democracy Northland had asked for.

Democracy Northland is not going away. The arrogant and anti-democratic manner in which our councils have acted has given us greater resolve to act against autocratic and hypercritical councillors who solicit support from the public when they are elected but then refuse to ask the very same public what it thinks about a matter as important as changing the voting system.

Councillors will be held to account for their actions and need to be reminded that in a democracy the voting system belongs to the electors, not the elected. If the council won’t change then we need to change the councillors. The October 2022 local body elections are an opportunity to do so.

Here at Democracy Northland we believe it is important that all voices are heard. Learn more about our current petitions and what we are up too.

Democracy Northland undertake polls to help ensure we are always representing the views of the public. Ensure your voice is heard.

They can be downloaded and printed from the following links: 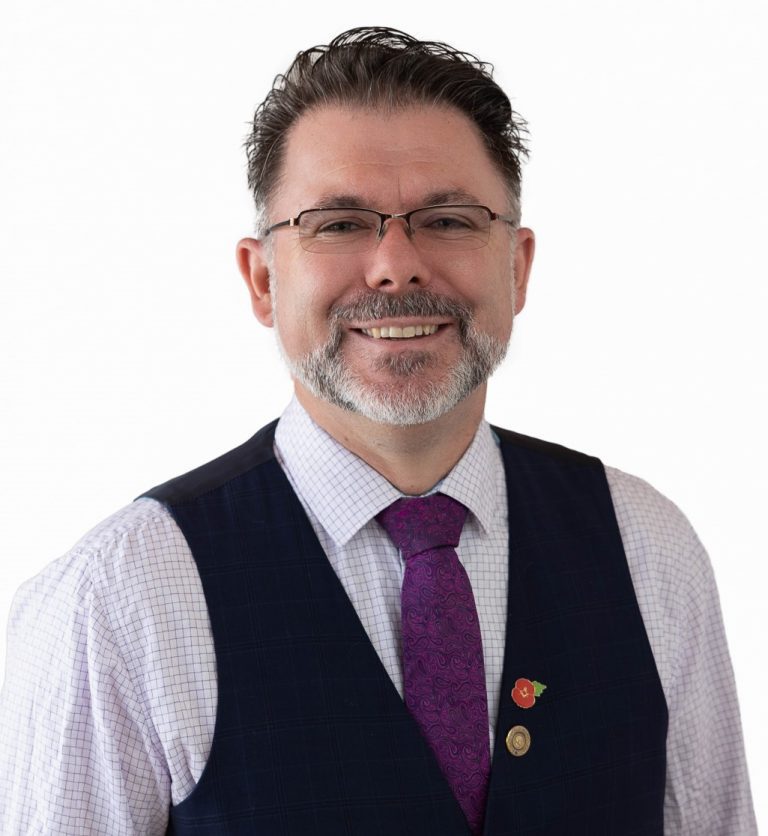 The Whangarei District Council has voted to accept a $9.48m “Better Off” payment from central government as part of its … 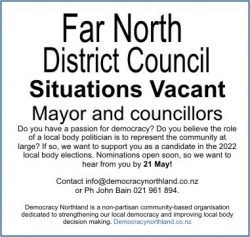 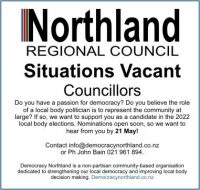